Youth sports are meant to be fun. Kids want to learn how to play, but need to know they are more important than the game. Sadly, coaches can cause kids to lose interest in the game. This article outlines 6 tips on being a coach kids want to play for.

In my lifetime, I ha ve spent over 40 years around sports including youth sports. My dad was president of our local Little League for two years and now I coach AYSO soccer and Little League Baseball. In all that time, I have had many opportunities to watch many dads coaching kids on the field. Mostly, they act frustrated, but never would have, have their sons been playing GI Joe with live action figures. These are the coaches who no one wants to play for. In that time, I have also observed afew people for whom the kids wanted to play.

Care More about the Kids than the Game 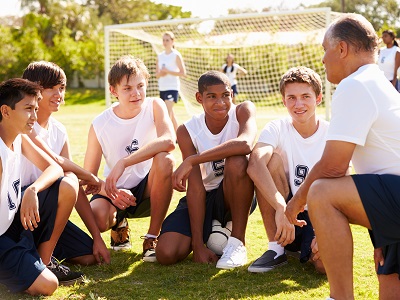 Many boys and girls love to play sports. They are natural athletes who want to compete on the ball field. However, before they give you their best effort, they want to know if you care more about them than the game. Many youth coaches treat every game like the World Series and every season as if it was the only thing that mattered on the earth. In one league I recently observed, the coach was more concerned about beating another coach than how the child might be coping with their dad in the hospital. Youth sports are about the kids not the final score on the scoreboard.

Apart from showing how much you care is greeting each player when they arrive and before they depart the field. Find some way to give them either a high five or talk them up verbally at both ends of a game or practice. Some coaches get wrapped up in the stars of the team and neglect those who do not play well. Reaching out to every kid will draw them into the team and drive them to want to put out their best effort.

Youth Sports can teach children so many life lessons. Yet, many parent and coaches think the primary goal is to win the league championship. However, this is not the purpose of youth sports. The main purpose is to create a long-term appetite for the game. Kids will only come back if they had fun and enjoyed the experience. When they are treated like pawns in some super dad's fantasy to win at all costs, they will feel used and abused and eventually say "Thanks, but no thanks". 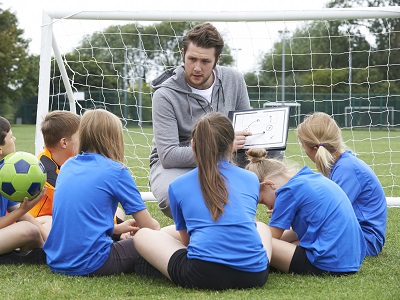 Be a Cheerleader Not a Bull Whip

Kids have enough negative feedback in life. If you want them to respect you as a coach, be a cheerleader. Believe in your heart that even the least capable player can learn to play well and contribute to the team. Take the idea of giving five positive comments to every negative criticism seriously.

Many Little League and AYSO coaches are stuck in the days of Woody Hayes and Bobby Knight. They think that the best way to get kids to play well is to make them. Their form of discipline is to berate the kids with vicious verbal abuse and hit harder line drives at them. They rationalise such language and behaviour is okay because it is their kid and it makes them tougher. On the flip side, the answer is neither to ignore bad or disrespectful behaviour nor to allow kids to run wild. A good coach is not soft. He or she is firm but not overbearing. Kids will push the limits, which will be enforced firmly without harassment. Use positive and constructive discipline and the kids will endear themselves to you.

Eric Coggins has written an ebook called The Best You: Foundational Principles for an Effective Life. If you want to develop your God-given capacity, you can find out more about the ebook on his website The Best You.Org.

Be the first to review this item!